Although state legislation enabling the establishment of a public library in the City of Boston was passed in 1848, the Boston Public Library was not officially established until the city passed an ordinance in 1852.  The library didn't actually open to the public until 1854. The Reading Room was opened to the public on March 20, 1854 with a collection of 138 periodicals.  The circulation department opened on May 2, 1854.  The establishment of the Boston Public Library was an immensely important event in the history of America's public libraries.

"The historical importance of the Boston Public Library transcends its existence as the first public library in one of the largest American cities.  The founders of the library had indeed to venture into untried paths of municipal administration - trails which would soon be beaten by the feet of many followers." - Jesse H. Shera in Foundations of the Public Library, 1965

The Report of the Trustees of the Public Library of the City of Boston, 1852 was a landmark document in establishing the role of public libraries in American society.

The opening of the Boston Public Library followed by 123 years the founding of Benjamin Franklin's Library Company of Philadelphia, America's first lending library in 1731.  The Library of Company of Philadelphia and the hundreds of other fee based membership libraries that followed were the predecessors of the free public library. The Peterborough Town Library (NH) established in 1833 holds claim to being the world's first tax supported free public library.

In 1894 a new central building designed by architect Charles McKim was completed for the library. The magnificent new building was located on Copley Square. Because of the stature of the building and the timing of its completion it generated an enormous amount of souvenir items and other memorabilia. Below are some of the items in my collection. 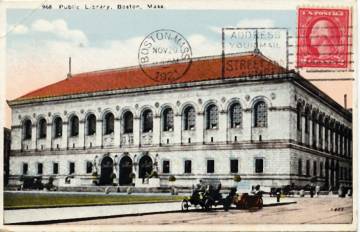 One of dozens of picture postcards that depict the Copley Square building. 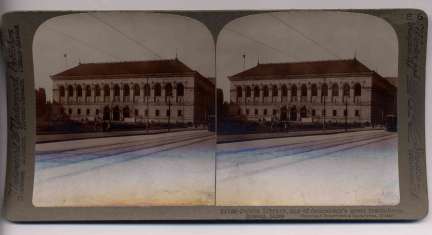 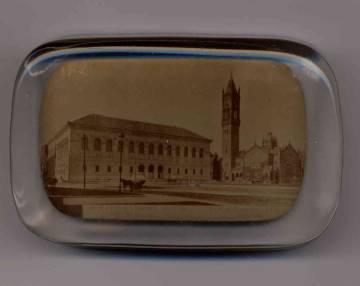 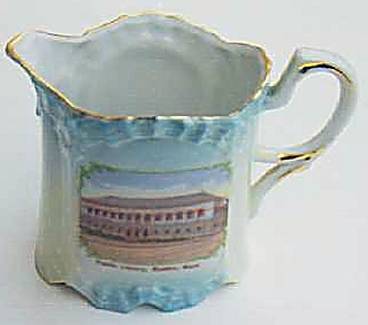 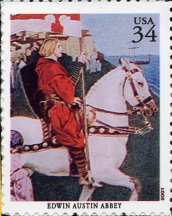 This United States postage stamp depicts a mural in the Boston Public Library - “Galahad’s Departure” by Edwin Austin Abbey. It is part of a set of stamps honoring illustrators which was issued on February 1, 2001. Scott Catalogue #3502k. 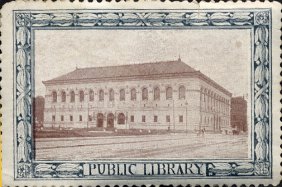 This meter stamp includes a pictorial image of the Boston Public Library. It was used in 1954 on the centennial of the opening of the library. 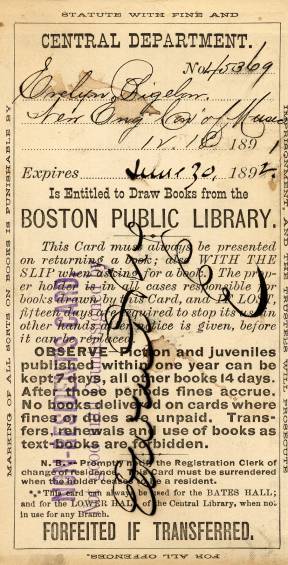 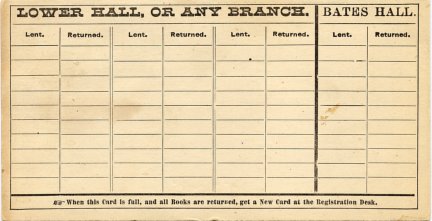 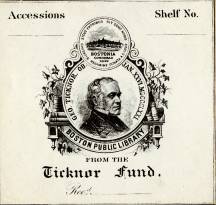 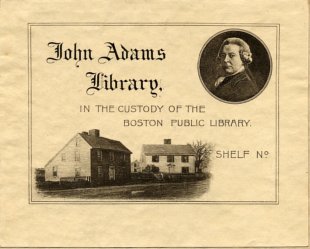 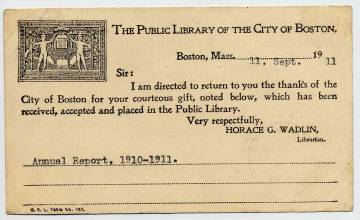 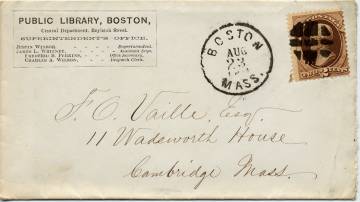 This bookmark with a seasonal tribute to the Boston Public Library was copyrighted in 1913 by Solatia M. Taylor.